Microsoft Academic Graph is being discontinued. What’s next?

The sudden discontinuation of the widely used database has prompted new initiatives to help fill the void. 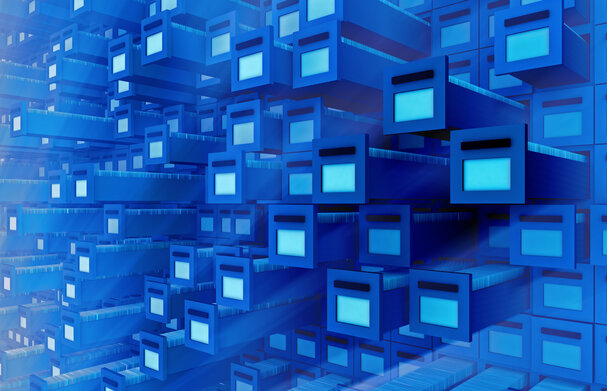 Bibliometricians and information scientists who study the scholarly literature as a whole have responded with dismay to Microsoft’s revelation that it is discontinuing its Microsoft Academic Graph (MAG) database from 31 December 2021. Meanwhile, other service-providers have rushed to build alternative resources.

The database has been an important resource for researchers who require data on author publications, citations, affiliations and related topics, and for companies whose services rely on the data.

Although other databases, such as Web of Science, Scopus, Dimensions, Semantic Scholar and Lens.org, curate similar types of information, MAG has been widely used because it is one of the most comprehensive and also freely available.

“MAG is not perfect, but the discontinuation of MAG represents a huge loss in the availability of metadata of scientific publications and other scientific outputs,” says Ludo Waltman, deputy director of the Centre for Science and Technology Studies at Leiden University in the Netherlands.

Its sudden discontinuation “shows the fragility of infrastructures that depend on the goodwill of companies for which creating and maintaining these infrastructures does not represent a core activity, and does not bring in significant revenues", he notes.

A Microsoft spokesperson told Nature Index, “We remain confident in open and community-driven alternatives ... and are pleased to see the recent momentum across the academic ecosystem.”

Microsoft’s move is also bad news for those who rely on its database to build open-source tools, says Jason Priem, co-founder of scholarly-services firm OurResearch in Vancouver, Canada.

Unsub, a tool created by OurResearch that helps university libraries monitor their subscriptions with academic publishers in exchange for a fee, uses MAG’s affiliation data to assess the research output of a given institution with a given publisher.

In May, OurResearch announced that it is creating a free-to-use database of academic papers, research affiliations and citations in an attempt to fill the space that will be left by MAG. The new tool, called OpenAlex, is expected to launch by the end of the year, and will be created using funding from UK charity Arcadia Fund.

“We’ve been really appreciative of that service Microsoft Research has provided,” says Priem.

Frode Opdahl, chief executive of technology start-up firm Keenious in Norway, developed an app that scans millions of papers to suggest relevant references. He says his team plans to download MAG data just before it gets discontinued.

“We’ve been heavily relying on Microsoft Academic because that’s been our single source of data,” says Opdahl.

Max Mosterd, head of operations and analytics at Knowledge Unlatched in Berlin, which runs oable, a system designed for institutions to manage and pay open-access agreements, says that with MAG gone, any alternative will require more manual work and dealing more directly with publishers.

“This will certainly be more time-consuming,” he says.

Priem says he’s long suspected that MAG may one day disappear, which prompted him to consider building a replacement. “We’re afraid that the lack of MAG is really going to set everybody back by a number of years,” he says.

While OurResearch plans to incorporate additional information from sources that weren’t included in MAG, Priem says it may be difficult to create something as comprehensive as MAG by the end of the year.

He notes that MAG has a taxonomy of more than 100,000 research topics and also offers name disambiguation, which makes it easier for users to distinguish between authors with the same names – services that are unlikely to be offered in the initial iterations of OpenAlex.

Priem says the new database will be free for users to access and build upon.

Opdahl says that while his team plans to continue using MAG data in the near future, they expect to switch over to OpenAlex after it’s launched. “But of course, it’s going to be a lot of work to create the same level of quality,” he says.