An institute’s work on warning and mitigation systems for catastrophic events is a national priority. 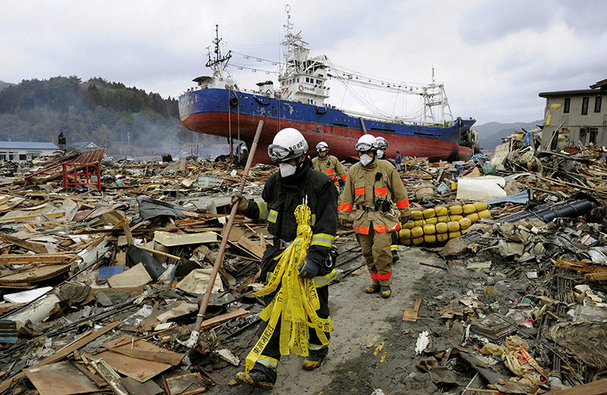 Emergency workers in Kesennuma, northeastern Japan, in the wake of the earthquake and tsunami of March 2011. Close attention is paid to research into forecasting natural disasters.

In a September 2016 evaluation, Japan’s science ministry praised NIED for its insights and information-sharing following the Kumamoto disaster, which killed dozens and injured thousands. It also recognized the 1.54 million hours of testing conducted using the E-Defense system. E-Defense has become an essential tool for ensuring the safety of structural designs, says Masayoshi Nakashima, former director of the operation currently at Kyoto University.

But, NIED has its critics too. Seismologist, Robert Geller, professor emeritus at the University of Tokyo, has been critical of Japanese efforts to forecast earthquakes “because of the dodgy nature of the underlying science.” He says NIED’s network of observatories provides essential data for seismologists but the network’s funding “should be continued based on its own merits, rather than the pretence that it’s needed to forecast earthquakes”.