India picks up the pace against emerging economies

In just a year, the number of Indian institutions in the Times Higher Education ranking has risen by 15 to 42. 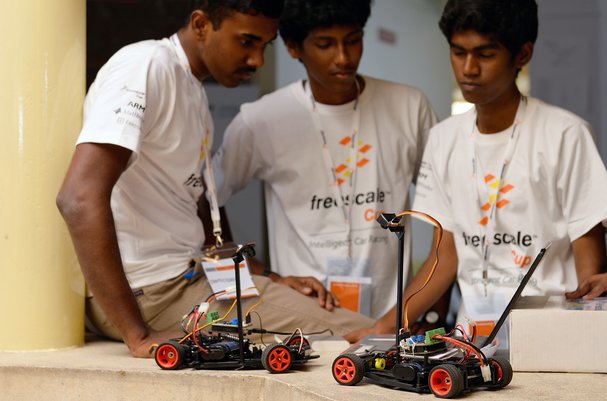 Students compete with their assembled race cars at the Indian Institute of Science, the leading Indian university in the 2018 THE emerging economies ranking.

The Indian Institute of Science (IISc) leads the pack of Indian universities in the Times Higher Education (THE) Emerging Economies University Rankings 2018, moving up a notch from last year to 13th place. In the tables this year are 42 institutions based in India, up from 27 in 2017. The surge even surpasses China’s increase from 52 institutions in 2017 to 63 in 2018.

Chinese institutions still claim the highest ranks, holding seven of the top 10. Peking University and Tsinghua University are the top two for the fifth consecutive year.

More than 350 research-intensive universities are ranked based on five broad categories of teaching, research, citations, international outlook and industry income. The research section, which counts for 30% of the score, includes metrics related to the volume of output, income and the results of a reputation survey. Citations account for 20% of the score.

The IISc in India is among the top ten institutes for research in the THE ranking. But India’s position is less secure in the Nature Index, when assessed on contribution to the authorship of papers in 68 high-quality journals.

Only seven Indian institutions are among the Nature Index's top 200 in emerging economies, when ranked by weighted fractional count (WFC) in 2017, down from nine in 2016. Most prominent is the Indian Institute of Science Education and Research, ranked 16th, with a WFC of 93.27 in 2017. IISc comes out 20th, with a WFC of 80.46. Both institutions slipped down the ranks from the previous year, to make way for rising Chinese academic institutions.

“India has reached a pivotal juncture. It’s increasingly ambitious and undoubtedly has the potential to emerge as a key player in global higher education in the coming years,” says Phil Baty, editorial director of the THE Global Rankings.

“But sustained investment, a relentless drive to attract leading global talent, and a reinforced emphasis on international benchmarking will be crucial to it realizing its global ambitions,” he says.