Don’t wait for universities to facilitate connections. Here’s how to find the right people on your own timeline. 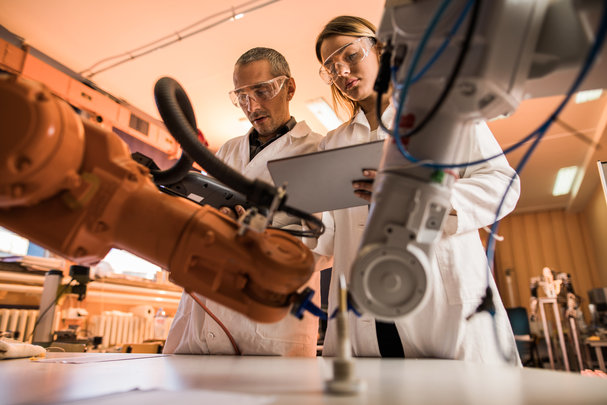 Collaborating with industry partners on a new product for market is potentially hugely rewarding for a young researcher. But where to start?

According to Mark Hutchinson, director of the Centre for Nanoscale BioPhotonics (CNBP) at The University of Adelaide in South Australia, the best way to build connections with industry is to put yourself out there and be open with your ideas. 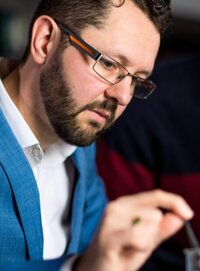 The University of Adelaide

Under Hutchinson's leadership, the CNBP facilitates collaborations between biologists, clinicians, chemists, engineers, and physicists from research institutes and companies around the world.

It's partnered with organizations such as pharmaceutical giant Novartis to commercialize new tools and techniques such as a 'smart needle' that can sense at-risk blood vessels during biopsies, a fibre optic sensor to aid embryo monitoring during IVF, and an advanced spectral analysis tool that can objectively measure the quality of meat.

Nature Index spoke to Hutchinson successful networking, when’s the best time to pitch, and what skills researchers need to be valuable partners.

Why are researchers often hesitant to engage industry directly?

I think, many times young researchers are thinking, "If I talk to industry, they're going to run away with my ideas. I'm not going to share these ideas until I'm 100% positive they’re protected." They think they hold all the cards, and industry are going to take those cards away.

In my work in drug discovery, I needed industry to give me their compound libraries for free to actually make something worthwhile. The only way they were going to do that was if I became interesting to them. The only reason I was interesting to them was because of my ideas.

Absolutely. And yet, if I look back historically, Pasteur discovered microbes when he was doing an industry project with the French Wine Federation.

Big Pharma is seen as the ‘bad side of town’, and yet we all need their drugs to live. Engaging with them and doing quality science is what's needed across the board.

How do you engage industry for new projects?

In almost every case, I have gone directly to industry connections, either by cold calling them or meeting them at conferences, saying "Hey, I'm really interested in this area. I think that I can add value to it and here's my reasoning. Here are a couple of papers and a potential experimental collaboration that we could start up. Would be you interested in working with us?"

In each of those cases, it wasn't that I already had something in-house that I was trying to fish out to a partner. It was starting with the partner in mind, and finding something with them that would have value.

There have been many examples where the university has been helpful and brought people to me, but those people have already been around and are seeing who's out there, and either I haven't either pitched well enough to them or haven't been what they're looking for. All of the collaborations that have been successful, I have driven.

Do certain personality types lend themselves better to this kind of networking?

I've been struggling with this for a while, trying to understand if it is a personality type. If we use a conference example, everybody at a conference is theoretically presenting, so they're comfortable enough to be engaged in a public space.

If they're talking science to other ‘scientists’, they are quite comfortable saying, "This is what I've done. This is why I think it's important, and here’s why you should care about it." When they see an industry shirt or business card, they turn into evangelists rather than scientists, and often overpromise and underdeliver. Don't treat them as industry, treat them as a scientific colleague.

When you say, “I'm a chemist,” or “I'm a physicist,” industry doesn't care. Industry cares if you can provide a solution. The solutions that society – and hence industry – needs are not falling into simple buckets anymore. It's not just a ‘chemistry solution’ or a ‘physics solution’.

One of the things that may need to happen is that researchers need to pitch solutions as a convergent team, for example, with a physicist, a chemist, a biologist, and a lawyer. Then you can say to industry, "Yes, we'll do the theoretical model. Yes, we'll do the synthesis. Yes, we'll do the manufacturing, and we'll do the testing. Because those are the skill sets that I have available to me."

An early career or mid-career researcher will not have that capability alone. I think that's a challenge that universities have.

How do you know when an idea is good enough to take to industry?

It has to start way before there's even a product. That's where I think we've failed in Australia, we've invented the magic bean and then we try and sell it, but it’s not what industry wants. You need to cultivate these relationships early.

This is not just up to early career researchers, this is also about senior academics, so we don’t keep promoting PhD projects that have minimal relevance to industry.

If we as senior academics actually spoke to industry and learned the pressures that industry is under, I think we would be asking very similar scientific questions, but with a slightly different angle. It would suddenly make a PhD graduate highly appointable in a company that they would never have otherwise engaged with.

What’s one piece of advice for a researcher who wants to engage with industry?

Expect a one-in-20 return, which means you've got to be resilient. If I have 20 meetings and they are all failures, I still think about how that’s 20 people who have now had a one-on-one engagement with me to appreciate why I'm excited about my particular area of science.

It’s also important to remember that, despite [the pharmaceutical industry] being a big industry, everybody will know everybody else. If an industry partner says, “I need this in two weeks,” it means if you don't get it to them in two weeks, you might not get paid. If you said it’s going to be done two weeks, then you’d better do it in two weeks.