How the world's largest mosquito genome project was almost derailed 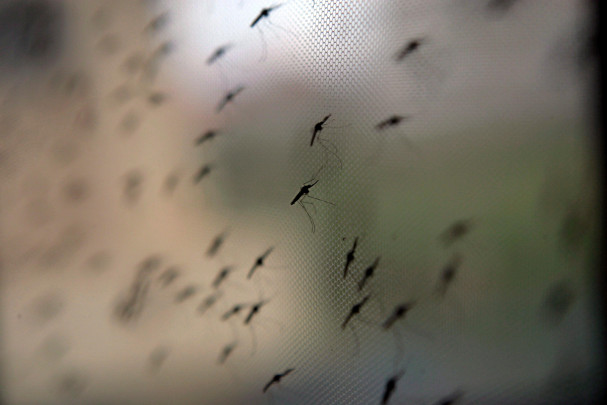 A collaborative study included in the Nature Index required the coordinated efforts of more than 130 researchers from around the world.

When Neil Lobo, a medical entomologist, finally touched down at Atlanta airport with a ziplock bag containing mosquito eggs for the world’s largest mosquito genome sequencing project, he thought he could breathe a sigh of relief. Sixteen hours earlier Lobo, from the University of Notre Dame, had been running through Johannesburg airport trying to find the person who was to pass him the ziplock bag.

Now in Atlanta he was ready to give the precious cargo — unhatched Anopheles mosquitos — to Paul Howell, operations manager of the city’s Malaria Research and Reference Reagent Resource Center. Here, the eggs would become the specimens for a genomic template of a species of Anopheles mosquito that can transmit malaria, a disease that kills more than 600,000 people each year. But the Atlanta customs officials had other ideas. The rules governing permits for importing wildlife specimens had recently changed. The eggs were staying put.

“After questioning Neil, they released him but not the eggs,” says biological sciences researcher, Nora Besansky, also from the University of Notre Dame. As the leader of a six-year project that aimed to discover why some members of the Anopheline species transmit malaria parasites and not others, Besansky knew the eggs wouldn’t survive away from water for long.

With the help of the local branch of the Center for Disease Control and Prevention, the eggs were finally released. “Miraculously they had survived five days,” says Besansky. “From this miracle colony, we generated one of the genome sequences.”

In the bag was Anopheles merus, one of many species of mosquito collected from Africa, Asia, Europe, and Latin America as part of a huge international collaboration to produce comparative genomic data on varieties that transmit malaria. Until very recently only a single Anopheles malaria mosquito genome had been sequenced — the Anopheles gambiae in 2002. Besansky’s project sequenced another 16 species genomes, which will have a significant impact on future malaria research. The findings, involving 130 authors, were published in Science in January last year.

But such a large-scale project of this kind began with countless near-misses, says Besansky. Long before the sequencing and analysis was performed by Daniel Neafsey at the Broad Institute of MIT and Harvard University and Robert Waterhouse from the University of Geneva, scientists all over the world were organising complicated mosquito collections. The team wanted to sequence the genomes of 16 Anopheline species so they needed living mosquito colonies for each.

“One way to do this was to import eggs from established colonies into the US, which wasn't always easy. In addition, we were gathering supplementary mosquito samples from the wild for the project, and this process posed some large logistical and bureaucratic challenges,” says Besansky.

When it comes to collecting mosquito samples, you can’t just grab a butterfly net, head off into a field and swing your net around, she says. Malaria-carrying mosquitos are highly ‘anthropophilic’, meaning that they have a strong preference for human hosts, and tend to live in rural areas. So scientists headed to rural villages, and into people’s homes, for their collections.

Many of Besansky’s own samples were sourced in Africa, which involved liaising with multiple government departments, gaining formal introductions to village chiefs, finding vehicles that could tolerate rough road conditions, and working in foreign language using translators.

“I’ve been working in this field for my whole career, and even I still find it very challenging. Ultimately, nothing could be done without the help of recognised centres of excellence in Africa that have robust malaria research and control programs.”

Anopheles mosquitoes cause an estimated 200 million cases of malaria each year. But only a few dozen of the 500 different Anopheles species carry the parasite, of which just a handful are responsible for the vast majority of transmissions.

Sequencing multiple species will enable scientists to compare their evolutionary paths and infer genetic determinants of mosquito behaviour, such as their feeding preferences and breeding sites. Information that could give researchers a greater understanding of disease transmission and potential methods of control.

“Before we did this project, we had only sequenced one mosquito genome. And one single genome, no matter how perfect its sequencing, is of little use to scientists. It won’t tell you what the different elements in the genome do, unless you have something to compare them to. “Now we can ask bigger questions.”

Scientists such as infectious disease specialist, Flaminia Catteruccia, at Harvard University who has been researching the reproductive traits of malaria-carrying mosquitos have already started doing this.