How researchers discovered phytoplankton are warming the Arctic 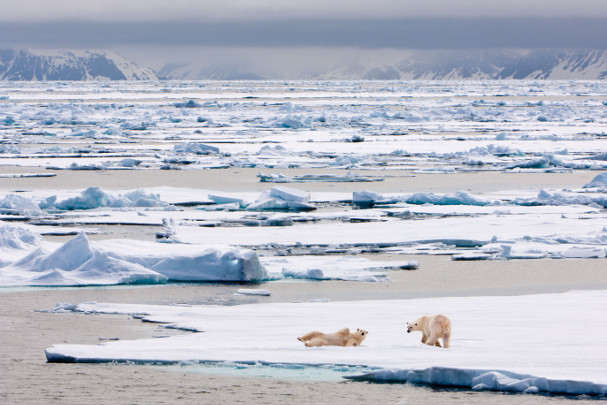 In climate modelling, one of the biggest impacts has the smallest of beginnings.

As Jong-yeon Park made the rounds at a 2009 meteorology conference in the upmarket Gangnam district of Seoul in South Korea he wasn’t looking for a job. The young climate modeller had just finished his master’s at Seoul National University (SNU), Korea’s top research university, and was preparing to do his PhD abroad.

But, at the conference he met climate researcher Jong-seong Kug, who was looking for staff to help develop a cutting-edge model in Korea. Kug suggested that Park join his project as groundwork for his PhD abroad, and Park accepted. This was the start of a project that would take Park through his early career from Asia to Europe and yield an unexpected discovery: that phytoplankton, the sun-feeding microorganisms near the ocean’s surface, will cause the Arctic to warm 20% faster than climate models that don't consider phytoplankton's effects.

At that time, previous climate models developed in Korea were rudimentary, based only on sea, land, air, and ice factors. But state-of-the-art models were increasingly including how life-forms affect the chemical and physical impact of climate, a research branch called Earth systems models. Kug was part of a project to develop an Earth systems model funded by South Korea’s National Research Foundation (NRF), but at the time knew little about how the biosphere affects climate.

In Jong-yeon Park, Kug found a collaborator who joined him at the Korea Institute of Ocean Science and Technology (KIOST) in Ansan. “I knew that Jong-yeon was smart, but he was much smarter than I expected,” says Kug. They started by focusing on the role of phytoplankton in the tropics, and how it might affect the El Niño Southern Oscillation (ENSO)—the periodic shift in sea surface temperatures in the Pacific Ocean. To do this, they coupled existing models — a climate model and a marine ecosystem model, both developed at Princeton.

When the results emerged, Park saw a huge surge of phytoplankton-induced warming in the Arctic. It was so large, he assumed it was a mistake. When he showed his collaborator, Kug didn’t believe it either, and asked Park to check again. But it was no mistake. The phytoplankton were absorbing sunlight in the shallowest layers of the ocean, heating the water, and accelerating the melting of sea ice which improved conditions for more phytoplankton to flourish. The effect of this enormous feedback loop increases warming in the Arctic by 20%, and remains unaccounted for in the majority of climate models used around the world. Both scientists were stunned.

But, getting the results published took a move to another continent and more collaborators. After three years at KIOST, Park began his doctoral work at the Max Planck Institute (MPG) for Meteorology in Hamburg, Germany, under the supervision of Jürgen Bader. The German scientist helped Park refine the model runs to demonstrate that the warming in the Arctic was definitely due to phytoplankton, and not due to the increased carbon in the atmosphere that models predict over the coming decades. Meanwhile, Park kept the actual model running back at KIOST, under the supervision of Minho Kwon.

When he submitted the result to the Proceedings of the National Academy of Sciences (PNAS), there was a setback: in demonstrating the effect of phytoplankton, he had only used the Princeton climate model—but there are dozens of comparable models, all of which behave slightly differently. Park was heavily scrutinized by reviewers, so he enlisted his MPG colleague, Rebecca Rolph, who used the MPG in-house climate model to run the simulations. Rolph’s results were the same, which alleviated the reviewers’ concerns. The paper was published in May 2015, and the large role of these little organisms made headlines around the world.

Since then Park’s has taken up a postdoctoral fellowship at Princeton, where he’s working with the developers of the same model he used in the phytoplankton study.

To Kug, the study emphasizes just how much about the dynamics of Earth’s climate remain unknown. “It’s true, we don’t know much about our Earth,” he says. Kug calls for more research to craft effective adaptation and mitigation strategies. “After we understand well, we can prepare for the future.”