A discovery in an ancient Chinese pot would reveal one of the oldest records of beer production. 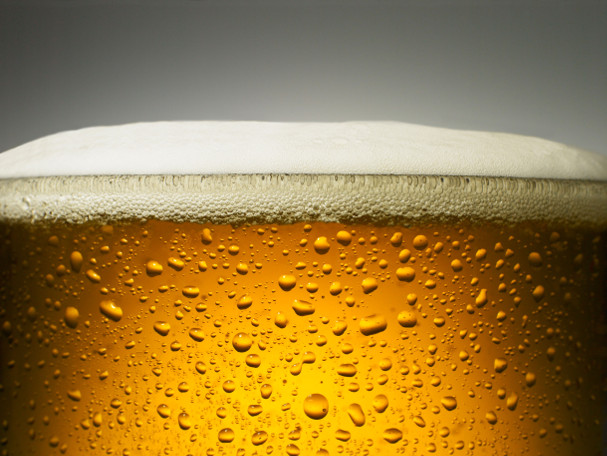 It was 2012 when archaeologist Li Liu noticed an unusual dark residue inside a 5000-year-old pottery funnel from Inner Mongolia. The observation left her wondering if the funnel might have been used to make alcohol.

If Liu’s hunch proved correct, it would represent the oldest evidence of alcohol production in the Yellow River valley of China.

Back at Stanford University, Liu, a professor of archaeology, and her students microscopically analyzed pieces of the residue on the funnel and found evidence of ancient grains in the form of phytoliths, fossilized plant parts. The group determined the grain was millet, a common grain used for brewing beer.

In 2014, the group collected residue from another set of funnels and jiandiping amphora excavated from Yangshao cultural sites in Shaanxi province, China. Analysis by Liu’s PhD student, Jiajing Wang, found both starch and phytoliths from millet. But they still needed evidence the vessels had been used to make the alcohol. They suspected the funnel may have been used for filtering and transferring the fermented beverage.

A year later, in 2015, Liu read the excavation report of another late Yangshao culture site, Xi’an Mijiaya, and noticed that two storage pits contained very similar sets of pottery to ones her team had examined in Shaanxi province. The site had funnels, stoves, jiandiping amphora, and large-mouthed jars and stoves. In one of the deep pits were stairs, suggesting it may have been used as a subterranean workshop.

With the help of Zhouyong Sun and Fulai Xing from the Shaanxi Provincial Institute of Archaeology, Liu and her students took residue samples from these pots, which contained a mix of starch and phytoliths from millet, various tubers and Triticeae, a plant group that includes wild and domestic varieties of wheat and barley.

To identify the ancient species of Triticeae, Wang asked Terry Ball, a phytolith expert at Brigham Young University who was developing a computer-based model that could differentiate types. Ball’s preliminary analysis suggested those Triticeae phytoliths came from barley, a result Ball and Wang confirmed by studying a variety of wild plant species native to China.

To confirm the barley was an ingredient in the ancient brew, Wang turned to the research of Patrick McGovern, a biomolecular archaeologist at the University of Pennsylvania Museum of Archaeology and Anthropology in Philadelphia. In 1992 he reported that using barley in beer brewing produces a byproduct called beerstone, which usually settles on the surface of containers in which barley beer is fermented and stored.

Using ion chromatography, Wang tested the Mijiaya residue for ions of the principal component of beerstone, calcium oxalate, and got a positive result. The analysis Liu’s theory that the pottery funnels and Jiandiping amphora had been used to produce alcoholic beverages.

“The Mijiaya vessels date to at least 5000 years ago, which push back the introduction of barley into the Central Plain of China 1000 years earlier than previously reported,” said Wang.

The production and consumption of alcoholic beverages played an important role in human history, she said. “Beer may have contributed to the development of complex societies in the Central Plain of China, which is the cradle of Chinese civilization, although more evidence from other Neolithic sites is needed to confirm that hypothesis,” says Wang.

The team published their results in the Proceedings of the National Academy of Sciences, and are now searching for evidence of the earlier use of alcohol across a broader region of China.