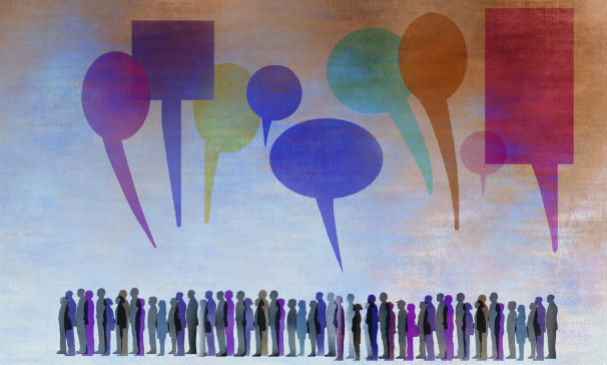 The way social media blurs the lines between personal and professional is both its biggest drawcard and most troublesome pitfall. Careers have been derailed by a misjudged tweet, yet an online presence offers opportunities, publicity, and even scholarships that did not exist 10 years ago.

While academics are being told that if they aren’t on social media, they’re eschewing their obligation to participate in public outreach, they’re often also faced with restrictive guidelines mandating what they can and can’t say, lest their opinions be conflated with those of their employers, or damage their institution's reputation.

This concern came to the fore in late 2017, when The New York Times – closely followed by The Wall Street Journal – prohibited its journalists from posting “partisan comments” on social networking sites in response to political tensions (including tweets by the President).

The reason, said The New York Times, was that tweets that editorialise on the news “undercut the credibility of the entire newsroom.”

More recently, Piero Carninci, deputy director at the RIKEN Centre for Integrative Medical Sciences in Japan, responded on Twitter to the release of new social media guidelines at his institute:

ALL THE VIEWS ARE MY OWN!
I feel obliged to write this disclaimer after my institute circulated some social media guidelines, expressing their concerns that the opinions of individuals working with us may be be mistakenly confused with the opinion of RIKEN.

The new guidelines prompted some of his colleagues to consider removing their professional affiliation from their social media profiles, Carninci said on Facebook.

The problem with misjudged or overly restrictive social media guidelines, says Carninci, is that universities and research institutes risk losing the voices of their biggest assets and advocates.

“Institutions that are conservative in their attitudes towards social media say it’s something that we should do in our free time, and that we should never identify ourselves with our place of work,” says Carninci.

“I think this is a misunderstanding of how social media works. The more you try to control what the researchers say, the less effective what they say becomes. I think it’s fundamental that institutions take advantage of the power of the individual.”

For him, it’s also about putting a human face on an institution in times of fear and uncertainty.

He recalls Japan's 2011 earthquake, tsunami and nuclear disaster, which saw a panicked exodus of expats due to radiation concerns.

“During the earthquake, many of the foreigners at other institutions never returned, but RIKEN had everyone coming back within two to three weeks,” says Carninci.

“We were measuring the threat very well, and I think having a group of us putting that information on social media meant [the expats] had people they knew they could trust telling them it was safe. It was much more effective than hearing it from the PR account of an institution.”

Common sense is a useful resource

So, how do institutions manage the risk of letting academics be themselves on social media?

‘Common sense’ guidelines will take you a long way, says Karen Peterson, scientific ombudsman and director of the Office of Scientific Career Development at the Fred Hutchinson Cancer Research Centre in Seattle.

“I think showing a human side is incredibly important, but you should use common sense, exercise good judgment, strive for accuracy, and engage in constructive and respectful conversations.”

But if in doubt, Peterson advises, just don’t post.

“Don't go putting yourself out there if in the back of your mind you're thinking, ‘Maybe this isn't the best idea,’” she says. “Twitter is a very critical environment, it brings out the best and worst in people, so you need to think about what you're going to write before you write it. But that doesn't mean you shouldn't write it.”

While setting guidelines for academics on social media is well-established institutional practice, the question remains: by whose standards is an action deemed sensible on platforms like Twitter and Facebook, where the most successful communications tend to be casual and off-the-cuff, compared with content published by institutional communications departments?

Guidelines can reveal lack of understanding

Carninci says problems arise when social media policies are drawn up by executives or administrative staff who aren’t familiar with and don’t use the platforms themselves.

“I think policies should be discussed with the people who are actually supporting the institution on social media.”

Mark Carrigan, a digital sociologist in the Faculty of Education at the University of Cambridge in the UK, agrees.

“I think often the guidelines don't understand Twitter or other social media. There are lots of other voices that need to be heard. There's a big cultural mismatch going on, and I think it's getting worse.”

This is the first of a series of Nature Index articles about social media and academic practice. Still to come: top tips for researchers on building a professional Twitter presence, and digital sociologist Mark Carrigan on how academics and their institutions can bridge their social media cultural divide.