Some academic reports are flawed, and they're undermining trust in the vast majority that are rigorous and accurate. 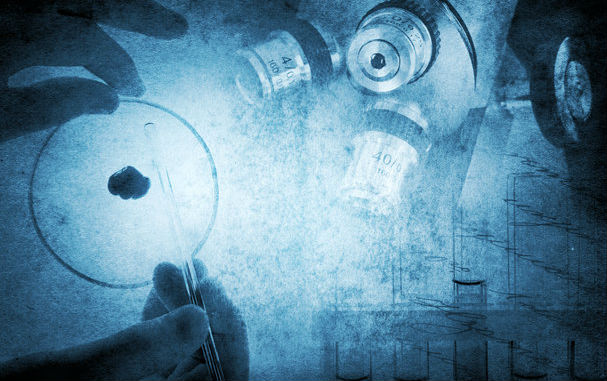 "Only a modest proportion of all flawed publications are identified and retracted."

Reports of research misconduct have been prominent recently and probably reflect wider problems of relying on dated integrity protections.

The reports are from Retraction Watch, which is a blog that reports on the withdrawal of articles by academic journals.

The site’s database reports that journals have withdrawn a total of 247 papers with an Australian author going back to the 1980s.

This compares with 324 papers withdrawn with Canadian authors, 582 from the UK and 24 from New Zealand. Australian retractions are 0.01% of all retractions reported on the site, a fraction of Australia’s 4% share of all research publications.

But this is not a good indication of trends in research cheating.

Probably only a modest proportion of all flawed publications are identified and retracted. There can be a delay of several years before research problems are found, reported and verified.

Common reasons for retracting articles include duplicating results, errors in results or analysis, and plagiarism. Other reasons include falsification or fabrication of data, research misconduct and unreliable research.

But not all retractions are for nefarious reasons.

One publisher retracted a paper because it had through misunderstanding published the wrong version of the paper on its website. It promptly published the right version once its mistake had been noticed.

Research misconduct is a long-standing problem. The Piltdown Man hoax in which the hoaxer claimed to have discovered the “missing link” between apes and humans was perpetrated back in 1912.

And research misconduct can have serious consequences.

Opposition to vaccination is bolstered by a fraudulent paper claiming a link between the measles, mumps and rubella vaccine and autism and bowel disease, which was published in 1998.

It is hard to argue for evidence-based policy and practice if there are serious doubts about the quality of the evidence.

Even where there is no cheating, confidence in all research is undermined by the replication crisis in which researchers can’t repeat earlier findings.

Reports of research misconduct strengthen the denial of science and undermine the argument for taking concerted action to manage climate change and other problems.

Reports of research misconduct are coinciding with reports of student academic misconduct, mostly plagiarism and contract cheating where a student pays another to complete their assessment.

The stresses on researcher and student malefactors are probably similar.

They are the pressures to succeed in an increasing competitive environment. As societies become more unequal there are much higher rewards for apparent success and bigger penalties for failure.

Academic misconduct also likely reflects the contemporary conditions of universities, which are increasingly expected to be businesslike in managing their greatly increased resources.

Much higher student-to-staff ratios make it much harder to develop the close and supportive relations between teachers and students that discourage cheating.

Universities are responding by increasing their regulation and oversight of academic activities. They are using software to detect cheating, but this is not a full solution.

The Australian government established the Australian Research Integrity Committee in 2011, but it has limitations.

The fundamental problem is that the traditional systems for ensuring researcher and student integrity are based on the trust that is built from personal interactions within a much smaller system.

They are also based on the volunteerism of the less formal traditional scholarly community for refereeing grant applications and journal submissions.

More systematic and rigorous processes will probably be needed as higher education transitions to universal access and wholesale research.

As processes are formalised the costs of refereeing submissions may no longer be hidden in experts’ voluntary contributions to their community of scholars. They are likely to be professionalised, and costed and paid for explicitly.

Academics’ relations with most undergraduate students and with most researchers will become more formal.

Sadly, academics will likely have to trust less their students and other researchers. Even collaborating researchers have been caught by the failures of co-authors in the parts of the research and writing they were responsible for.

Conversely, much of what students and researchers have done on trust will have to be checked by new systems introduced by institutions, research granting bodies and publishers.

Most students and researchers will experience far more bureaucracy.

The failures of academic integrity of students and researchers may be only a fraction of all work by scholars. But they so corrode trust in academic qualifications and publications that stringent measures will be needed to protect academic integrity.

Hopefully those measures will be more preventive than punitive.

Gavin Moodie is an adjunct professor, at RMIT University.