A gruesome escape artist and ingenious dolphin behaviour feature in these stand-out studies from August. 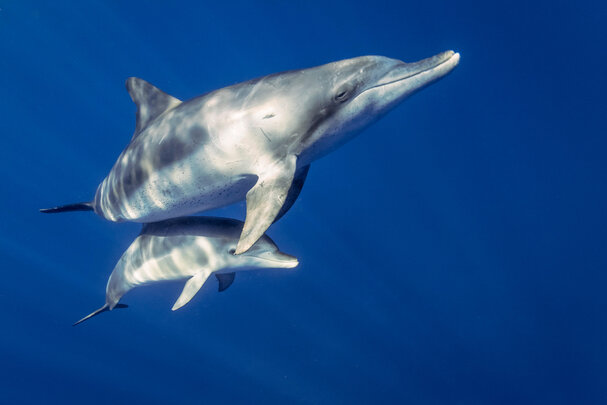 Animals adapt to their environments in remarkable ways. Whether they’re figuring out how to pass through the digestive systems of predators unscathed, or sharing clever methods for ferreting out a snack, these newly discovered behaviours demonstrate how much there is left to discover, even about the most widely-studied species.

Understanding certain adaptions, such as how disease-carrying animals respond to landscapes that are being progressively developed into farmland, can be crucial to human survival too.

These findings feature among the most popular natural sciences studies of August, published in the 82 high-quality journals tracked by the Nature Index.

Also included below are two studies that offer insights into the body’s immune response to COVID-19.

Immune cells called memory T cells remain in the body long after an infection has been eliminated. This ‘memory’ is thought to give the cells a head-start in recognizing and fighting off repeat invaders.

The team behind the research, co-led by Daniela Weiskopf and Alessandro Sette from the Center for Infectious Disease and Vaccine Research at the La Jolla Institute for Immunology in California, found that some people who have not been exposed to SARS-CoV-2 have pre-existing reactivity to SARS-CoV-2 sequences.

“The immunological mechanisms underlying this preexisting reactivity are not clear, but previous exposure to widely circulating common cold coronaviruses might be involved,” the study states.

The researchers suggest that this could explain why some people have milder COVID-19 cases than others, but emphasized that more data is needed to know for sure.

The study has more than double the Altmetric score of the second most-discussed paper in this list. It has been covered by more than 200 news outlets so far, and has reached an audience of roughly 25 million people on Twitter.

2. “Active escape of prey from predator vent via the digestive tract”

It’s one thing for prey to evade a predator’s attacks. It’s quite another to escape from the predator after being digested.

This study, authored solely by Sugiura Shinji, an ecologist from Kobe University in Japan, describes how the Japanese water scavenger beetle (Regimbartia attenuate) manages to extricate itself from inside several species of frog within 6 hours of being swallowed.

While some prey animals unwittingly hitch a ride through their predator’s gut to be ultimately excreted through the vent (or cloaca) with the the faeces (referred to as “passive”), this aquatic beetle appears to take a more “active” approach.

“Swallowed beetles likely used their legs to move through the digestive tract toward the frog vent, hastening their escape,” the paper describes.

Remarkably, the strategy results in significantly more escapes than failures: 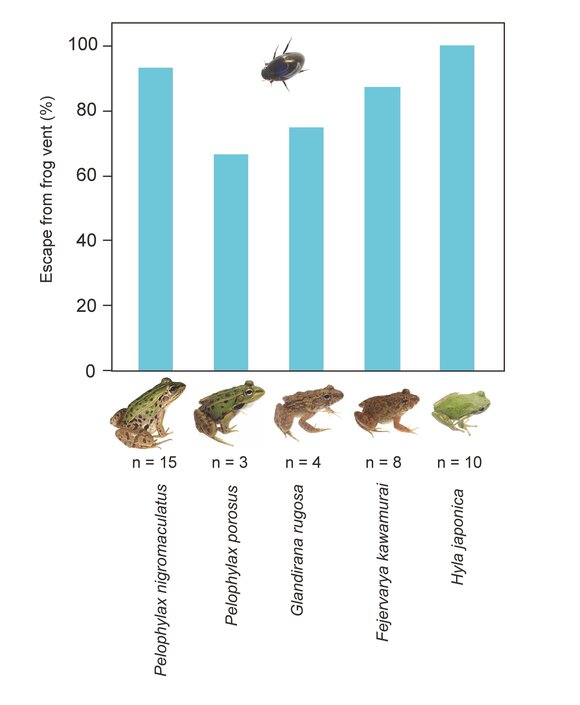 The paper reached an audience of almost 10 million on Twitter, and was covered by publications such as The New York Times and NPR.

There is increasing evidence that COVID-19 produces more severe symptoms and higher mortality among men than among women. This study set out to investigate whether immune responses against the virus SARS-CoV-2 (which causes COVID-19) differ by gender, and whether such differences can help explain the progression of COVID-19 in male and female patients.

Led by a team at Yale University in New Haven, Connecticut, the study analyzed nasal, saliva, and blood samples from COVID-19 patients and a control (non-infected) group and found key differences in the immune response between male and female patients during the early phases of infection.

“We now have clear data suggesting that the immune landscape in COVID-19 patients is considerably different between the sexes and that these differences may underlie heightened disease susceptibility in men,” one of the study authors, Akiko Iwasaki, from the Howard Hughes Medical Institute in Maryland, said in a press statement.

“Collectively, these data suggest we need different strategies to ensure that treatments and vaccines are equally effective for both women and men.”

The paper has been covered by 145 online news outlets to date, and has reached an audience of more than 7 million on Twitter, according to Altmetric.

Observations of Indo-Pacific bottlenose dolphins (Tursiops aduncus) in Shark Bay, Western Australia have shown that they can learn foraging techniques outside the mother-calf bond, which suggests they have a similar cultural nature to great apes.

Researchers observed young dolphins learning ‘shelling’ behaviour – using their beaks to bring empty shells to the surface and shaking out the prey hiding within – from their peers.

The study, led by Sonja Wild when she was a PhD candidate at the University of Leeds in the United Kingdom, challenges conventional wisdom about how dolphins pass on knowledge.

"These results were quite surprising, as dolphins tend to be conservative, with calves following a 'do-as-mother-does' strategy for learning foraging behaviours,” Wild, now at the Centre for the Advanced Study of Collective Behaviour at the University of Konstanz, Germany, said in a press statement.

“This opens the door to a new understanding of how dolphins may be able to behaviourally adapt to changing environments, as learning from one's peers allows for a rapid spread of novel behaviour across populations." The paper has been covered by 269 online news outlets to date, according to Altmetric.

Animals that carry disease-causing micro-organisms, or pathogens, thrive in human habitats, according to this paper led by a team at University College London, in the United Kingdom.

The study, based on a dataset of 184 studies incorporating almost 7,000 species, 376 of which are known to carry human-shared pathogens, found that the disruptions caused by global changes in land use appear to benefit disease-carrying species. Changes in land use include clearing natural forest to make space for farmland or housing developments.

“We … show that mammal species that harbour more pathogens overall (either human-shared or non-human-shared) are more likely to occur in human-managed ecosystems,” the paper concludes.

“Our results suggest that global changes in the mode and the intensity of land use are creating expanding hazardous interfaces between people, livestock and wildlife reservoirs of zoonotic [pathogen-caused] disease.”

The paper has been covered by more than 150 online news outlets, and reached more than 5 million people on Twitter.