Japan’s gambit to globalize its scientific research is paying dividends. 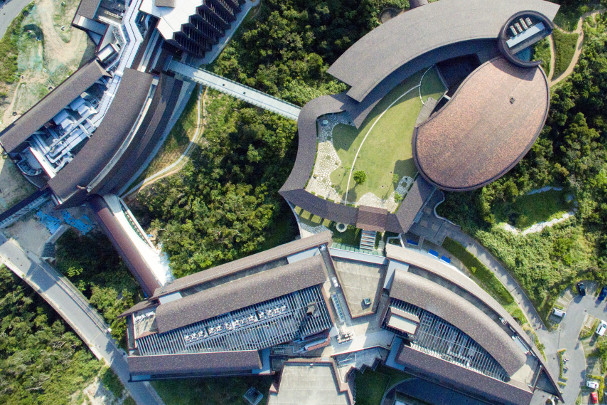 “CAUTION: Venomous HABU snakes” reads a sign in the bushes at Okinawa Institute of Science and Technology Graduate University (OIST) in southern Japan. Set in a subtropical rainforest overlooking the Pacific about an hour from the nearest city, OIST feels like the middle of nowhere. Its resort-style campus in Onna Village seems an unlikely place for graduate students from around the world to research subjects such as iron nanocubes, photoluminescent compounds and the anatomy of zebrafish.

“If you look at a map of East Asia, we’re right in the centre of it,” says Kenji Doya, an artificial intelligence and neurology researcher who has headed the Neural Computation Unit at OIST since the university launched in November 2011. “We started from zero, and now we have PhD students finishing their degrees and going out into the world to do research.”

The Japanese government’s Cabinet Office has spent more than $1.4 billion to set up and run OIST — Japan’s big gambit to globalize its scientific research. Five years after it launched, that bet seems to be paying off. It remains small with only 56 academics and 134 students, but about 60 and 80 percent are from overseas; and the working language is English. OIST is now turning out its first PhDs, notching respectable numbers of papers, and expanding under the direction of a new president. Construction crews are already working to double the campus’ size.

“We have shown that it’s possible to recruit the top minds to a remote, beautiful place like this,” says Peter Gruss, a former head of Germany’s Max Planck Society who took over from Jonathan Dorfan at OIST in January. “My job is now to double the faculty and students over five years.”

People at OIST work in a ring of labs linked by walkways over the rainforest; each building has life sciences, chemistry and physics disciplines. Some scientists may be drawn by the lack of departments — OIST is made up of 52 research units, with 10 to be added this year toward a goal of around 100, to emphasize interdisciplinary teamwork. In one example, Doya collaborated with imaging specialist Bernd Kuhn, who has a physics background, to image an area in the mouse brain involved with decision-making as part of a 2016 study that appeared in Nature Neuroscience.

Researchers at OIST had published 1,118 papers as of the end of March 2016, which included 30 articles published in 2015 in the high-impact journals included in the Nature Index.

That 2015, an external panel reviewed OIST and praised its “management structure and management processes, which we regard as essential for the transition from a research institute to an international, top-level graduate university.” The reviewers said setting up a board of governors, subsidiary board of councilors, and corporate auditors was in line with international best practices and that its senior managers and administrators had impressive records. The panel concluded OIST’s academic program and faculty recruitment is on par with the 25 universities ranked highest by Times Higher Education, QS or Jiaotong World University Rankings. To increase its output, however, OIST will need more researchers. As a private university with Cabinet funding, it has the advantage of being able to offer better salaries than many Japanese universities.

“If you want the global elite, you have to pay competitive salaries,” says Gruss, who added 200 directors of research at Max Planck. Recruitment has been surprisingly easy at OIST, which recently hired 12 assistant or associate professors from 650 applications. Gruss adds that global factors such as Brexit and the expected reduction in United States government funding for science could prompt researchers to consider working at OIST.

“In the first two or three years, we focused on setting up labs and recruiting people, but now it’s our prime time,” says Doya. “New, high-quality results are coming out in high-impact journals. We’re aiming for and gradually achieving high standards.”