But work must be done to ensure that patients feel accepted by the research community. 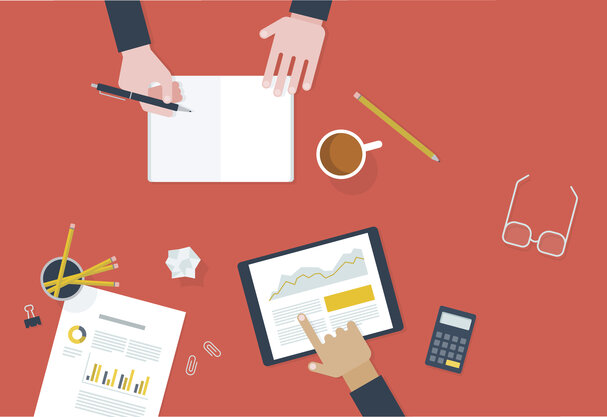 Most editors-in-chiefs of scholarly journals have no objection to patients being included as co-authors of research papers when they actively participate in the work, a new survey has found.

The study, published last month in Research Involvement and Engagement (RIE), asked 74 editors-in-chief of medical journals whether they agreed, in principle, with patients co-authoring research manuscripts.

The question of co-authorship has arisen amid growing recognition of the added value gained by engaging patients as part of the research team. For example, it can help avoid the risk of research that is not relevant to meeting patients’ needs or improving their quality of life.

While hundreds of medical journals have adopted recommendations of the International Committee of Medical Journal Editors (ICMJE) on authorship, the study authors sought editors’ views on whether the recommendations regarding patient contributions were appropriate.

More than two-thirds (69%) of those surveyed said they were in favour of patients being listed as co-authors on biomedical research articles, but the remainder thought this wouldn’t be appropriate. Nearly three-quarters of the editors thought patients should not be required to have an academic affiliation to be listed as co-authors, while 16.7% thought they should, and the rest were unsure.

The editors were equally divided on whether the ICMJE authorship criteria should be revised to become more inclusive of patients, at just under 36% on both sides, with the rest undecided.

Kelly Cobey, who studies research methods at the Ottawa Hospital Research Institute in Canada and who co-authored the new study, says it was prompted by her observations of systemic barriers to patients’ involvement in research other than as subjects.

“Not all aspects of the research process were really inclusive to the patients’ participation," she says.

Cobey says it’s particularly important for patients to be involved in selecting which areas of research are worth exploring. She points to a 2015 study that used patients to identify priority areas in kidney dialysis research.

“Ultimately we’re doing research to create interventions, [and] cure diseases for patients. So the patient perspective is of utmost importance and certainly adds value.”

Holly Witteman, a health informatics researcher at Laval University in Quebec, Canada, has had run-ins with peer-reviewers of her diabetes manuscripts who have argued that patients should not be listed as co-authors. They have expressed concern about breaching confidentiality of patient health information and argued that under Canadian policy, patients are in any case compensated financially for their time on projects.

“Having these kinds of delays because of lack of understanding of patient partner co authorship is really frustrating,” Witteman says.

Karen Woolley, a consultant on patient partnerships and a professor of health sciences at the University of Queensland in Australia, says she wonders if editors who reject the inclusion of patients as co-authors “would actually be supporting the unethical practice of ghost-authorship.”

“As more patient-led research is encouraged, funded, approved and conducted, surely patients have to author the resulting publications?” she queries.

Richard Stephens, co-editor-in-chief of RIE and a well-known patient advocate in the United Kingdom, argues that to be recognized as authors, patients should fulfill the current ICMJE rules on what constitutes one.

“If you are going to be a patient, you do actually have to contribute something to the study,” he says. “Patients should be co-authors on an absolutely equal basis to all the other co-authors.”

Woolley agrees. “Supporting patient authorship supports the principles of diversity, equity and inclusion in medical publishing,” she says. “However, we must not allow tokenistic and unethical authorship practices, such as guest authorship.”

The British Medical Journal (BMJ) published guidelines for patient peer-reviewers on its website. RIE, which launched in 2015, insists that at least one peer-reviewer of every paper it publishes is a patient. The journal also has patients on its editorial board.

The biggest obstacle, however, is that most journals don’t have any clear policies around whether patients are allowed to be co-authors or peer-reviewers, which makes it difficult to get them involved, Cobey says.

Some studies have suggested that even when academics do partner up with stakeholders in new ways, university structures and incentives work against these alternative models of knowledge production.

Laurie Proulx, volunteer vice-president with the Canadian Arthritis Patient Alliance in Ottawa, was the patient partner in the RIE co-authorship study, and has served as a peer-reviewer for both the BMJ and RIE.

She says patients face various hurdles to participating and being credited for their input, such as her experience of being required to add details about her education when submitting manuscripts. “Things like that just make you feel like you don’t fit into the research world,” she says.

But deeper patient participation in research is “a huge opportunity really to make science meaningful or make healthcare meaningful to society at large,” Proulx adds. “The lived experience is likely something that’s never captured in [the] scientific process.”