Scientists are more concerned about the impact of sloppy science than outright scientific fraud. 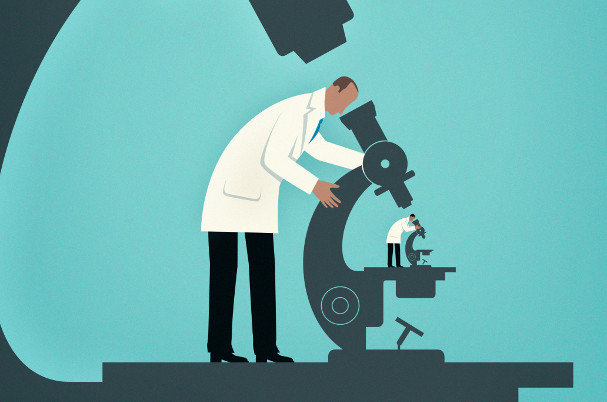 Scientific fraud is a red herring, diverting attention from widespread research misconduct that is having a more damaging effect on science, say experts in research integrity.

A few headline-grabbing cases of fabrication, falsification and plagiarism are less problematic than the countless times that scientists engage in ‘sloppy science’, they say.

“We often think of fraud cases as the most detrimental forms of research misbehaviour,” says Joeri Tijdink, a psychiatrist at Vrije Universiteit Amsterdam. “But questionable or undesirable research practices have way more impact on truth,” he says — they “are not always intentional, but they are sloppy”.

Tijdink and his colleagues co-authored a study surveying 227 scientists who have attended international research integrity conferences on their views of research misconduct. The survey listed 60 types of misconduct, from refusing to share data with colleagues to not reporting problems with replicating results.

Questionnaires asked participants to rank those violations, on a scale from one to five, for their perceived frequency, preventability, and impact on scientific truth and trust between scientists. Results of the survey were presented at the 5th World Conference on Research Integrity in Amsterdam in May 2017.

When accounting for their frequency, participants found the following offences most worrying: selective reporting of, usually positive, results; flaws in quality assurance, such as not following lab protocols; poor mentoring of junior colleagues by senior scientists; insufficient reporting of study flaws and limitations; and turning a blind eye to the misconduct of co-workers.

While respondents agreed that fraudulent acts of scientific invention and modification pose a significant threat to the credibility of science, they are relatively infrequent. Plagiarism was considered more common, and a major source of distrust among scientists, but had little impact on scientific integrity.

Questionable research practices fill a “grey area” that does not have the same overt effect of fraud, says Ivan Oransky, co-founder of Retraction Watch, a blog that reports on retracted papers and scientific misconduct. But since they are more common, they have a greater effect. “They are more pernicious because they are not as easy to point to.”

Some of these minor misbehaviours are also among the hardest to weed out, says Tijdink. For example, an entrenched incentives system means that researchers gain traction for publishing positive results, not from negative ones. “Negative results won’t be published in high-impact journals and won’t result in new grants or new money to do more research; it is a vicious circle,” he says.

Tijdinks’s findings are consistent with a recent survey of more than 1,200 biomedical researchers in China. Those surveyed estimated that 40% of published papers coming out of China contain some form of research misconduct. They considered plagiarism and questionable authorship practices, including adding senior researchers without permission or as a favour, to be the most common forms of misconduct, ahead of falsification and fabrication.

But Tijdink acknowledges that the impact of these low-profile practices are difficult to measure objectively. Studies of research misbehaviour largely rely on surveys, which means that results are shaped entirely by the views of respondents.