Top research institutes in chemistry in 2015 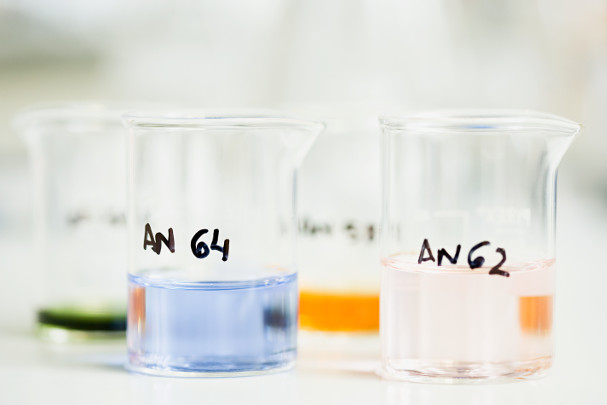 The CAS was founded in 1949, formed from several existing institutes and an institute-based structure remains to this day. More than 60 CAS institutes contributed to the organisation’s chemistry score in 2015. This included studies in nanoscience, energy transfer in plants, and novel battery technology.

Investment in infrastructure and equipment at these institutes is a key factor in CAS’s chemistry ranking, says Jay Siegel, a chemist who in 2013 moved to China to become dean of the Pharmaceutical Science school at Tianjin University. “You have a large number of people equipped with high-quality instrumentation, and that means they can accumulate large amounts of good data.”

Siegel’s recruitment is also testament to China’s investment in people. Until recently, leading Chinese chemists often moved abroad to pursue careers. Programmes such as the 1000 Talents Scheme are bringing leading chemists back to the CAS and other Chinese research organisations — and attracting non-Chinese chemists too.

Founded by the government in 1939, the CNRS is a national research institute with a difference. While the organisation does operate some laboratories of its own, most CNRS scientists work in joint venture research units spread across the country. Within the field of chemistry, the centre’s 1,500 scientists work across 100 such units. Most were set up in partnership with French universities, but around 10% are joint ventures with industry. This includes several units set up with French energy giant EDF, researching topics such as energy-efficient building materials and advanced solar cells.

This collaborative approach to research “is one of the strengths of the French system,” says Dominique Massiot, director of chemistry research at CNRS. And it means CNRS researchers are involved with most of the world-class chemistry research carried out in the country, he adds.

CNRS researchers receive basic financial support, but get most of their funding by applying for national or EU calls for proposals, which in turn affects the type of research CNRS chemists carry out, Massiot says. “We have freedom to carry out basic research, but [are] constrained by the national strategy which is providing the funding for the research teams.”

Like the CAS, Germany’s Max Planck Society is a multi-institute science organisation founded in the aftermath of the second world war. But, though both organisations are government-funded, their operation is strikingly different. MPS scientists pursue their own purely curiosity-driven research.

“The Max Planck Society is driven by people,” says Ferdi Schüth, vice president of its Chemistry, Physics and Technology section. “We pay very close attention to hiring. If we hire someone, we basically give them generous lifetime resources.” Max Planck scientist, Ben List, has created an entirely new field of chemistry in the past decade with his pioneering work on organocatalysts. And last year, Mikhail Eremets was recognised as one of Nature’s top 10 ‘people who mattered in 2015’, for developing record-breaking high-temperature superconductors.

Since the MPS’s formation in 1948, eight of its researchers have won the Chemistry Nobel — two within the last decade. Most recently, the 2014 prize was won by Stefan Hell, from the Biophysical Chemistry institute, for his contribution to the development of super-resolved fluorescence chemistry.

Hell’s award illustrates another strength of the Society, Schüth argues – the highly interdisciplinary nature of its institutes (42 of which contributed to its chemistry score). “We have very few institutes where we only have chemists as directors’” says Schüth. “There is a lot of research done on the interface to other disciplines, and I think these fields are often the most dynamic.”