7 out of the top 10 universities in the QS World University Rankings 2018 are in the east-Asian nation. 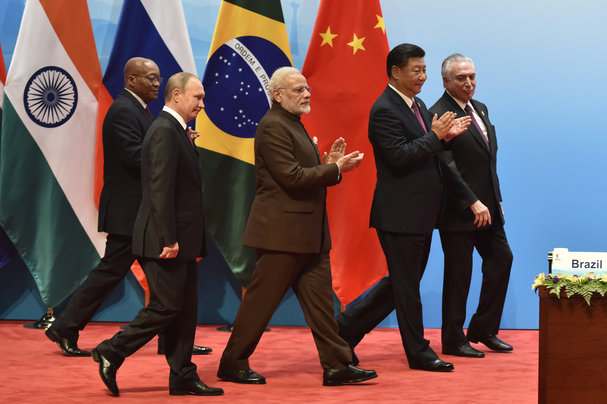 Heads of the BRICS group of emerging countries meeting at an annual summit in September 2017 in Xiamen, China.

Four Chinese universities hold the lead in the QS BRICS University Rankings 2018, published today. The institutions haven't budged for four consecutive years, with Tsinghua University in the top spot, followed by Peking University, Fudan University and the University of Science and Technology of China.

In the regional analysis, QS ranked 300 universities in the emerging economies of Brazil, Russia, India, China and South Africa. The institutions were assessed on eight indicators, including the proportion of international faculty and students, faculty-to-student ratio, and the results of a global survey of academics and employers on their reputation. The universities were also judged on two measures of scientific output: the number of papers staff published in the Scopus database, and the frequency with which their research was cited.

According to a recent report by the China Science and Technology Exchange Center, the BRICS group represents 43% of the global population, 16% of global trade, and 29% of all papers indexed by Scopus in 2015. China contributed to 17% of the Scopus output, India made up 5%, Russia and Brazil produced 2.6% each, and South Africa less than 1%. But South African researchers were found to be the most internationally connected, co-authoring the largest share of their publications with global partners. India and China were the least connected.

The BRICS group is a growing presence in the Nature Index as well, their contribution increasing from 12% to nearly 17% of the global share of authorship, largely driven by China's rise. When assessed for their high-quality research, the balance tips even more in favour of Chinese universities than in the QS rankings, with all top ten institutions from the east-Asian nation.