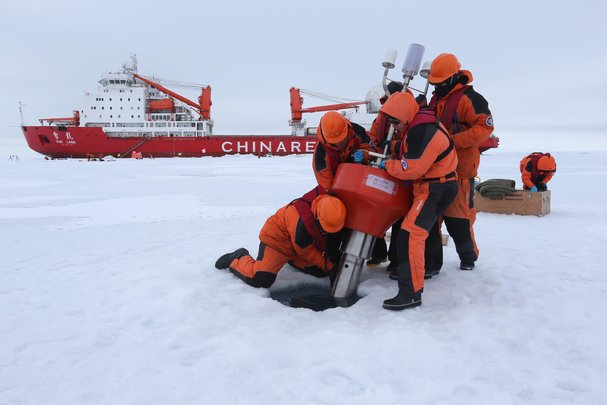 A Chinese research team collects data in the Arctic Ocean, as part of an extensive national programme of deep-sea exploration.

While the government does not release discipline-level investment figures, Chinese Academy of Sciences President, Bai Chunli, in an interview with the official Xinhua news agency in March listed the eight most heavily funded areas, most of which directly concern Earth and environmental sciences: energy, information, materials, space, ocean, life and health, resource and environment, and interdisciplinary basic research studies.