Canadian researchers do more with less 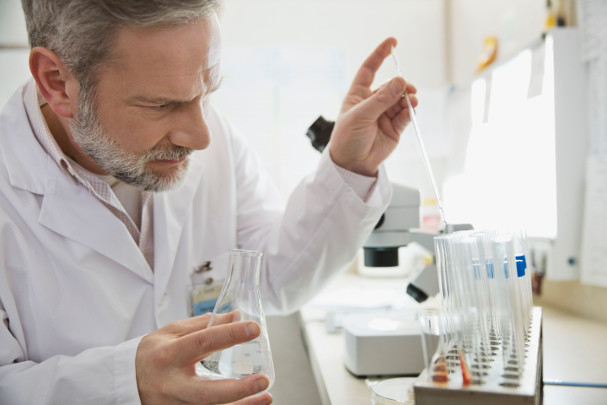 Researchers at Canadian institutions are publishing more papers in top journals, but make up a smaller part of the collaborative teams that publish them, according to the latest data from Nature Index.

Between 2012 and 2015, the number of publications in the 68 high-profile journals tracked by the index that featured Canadian institutions rose from 3,211 to 3,319. But the total weighted fractional count (WFC) of the country's institutions — a metric that measures the proportional contribution to each publication — fell by 2.8%, from 1521.05 to 1478.29.

Most of that decline was due to a reduction in the country's contribution to chemistry research. Index performance in this field fell from 529.78 to 469.26 between 2012 and 2013, while other disciplines remained relatively steady or posted slight rises over the same timeframe.

Neil Burford, president of the Canadian Society of Chemistry, put forward some potential explanations for the drop. One is that funding for basic chemistry research from the Natural Sciences and Engineering Research Council (NSERC), the country's main public research funder, has fallen over the past several years. “That has had a massive impact,” he says.

The fall is due in part to the formula used by NSERC to allocate funding to the various scientific and engineering disciplines. One of the inputs to that formula is the number of grant applications made in previous years, which is often lower in chemistry, according to Burford, because chemists tend to apply for few, larger grants than researchers in other disciplines. That, he says, has been pushing down chemistry's share of the funding for several years. The chemistry community is working with NSERC to understand what is behind the decline, and if can be reversed, says Burford. “It will be hard to fix,” he says. “We'd need to take money back that has gone to other disciplines.”

But Pierre Charest, vice-president of research, grants and scholarships at NSERC, says it is in part a self-inflicted wound. In 2013 the chemistry community decided to set the bar for funding applications higher than usual, which drove a fall in the number of applications as researchers with multidisciplinary ideas tried their luck in other disciplines. After NSERC stepped in and ended the practice last year, applications rebounded.

Another possible explanation could be the previous Conservative government's emphasis on funding commercially relevant research, which many felt came at the expense of more basic, discovery-led work, which is more likely to be published in one of the journals tracked by the index. “Lots of chemistry researchers are collaborating with industry, probably in excess of 50%, and that's a really good thing,” says Burford. “But of course it has to be at the expense of something, and it was at the expense of fundamental research.”

Charest, though, thinks there could be a more positive reason for the apparent trend — the increasing number of large international teams. “If there is an explanation, it's probably that researchers are more interdisciplinary, and involved in more international collaborations,” he says.

For example, the 2012 paper on the discovery of the Higgs Boson included several Canadians among its 2,700 authors — certainly a worthwhile publication to be involved in, despite the tiny contribution it would make to a country’s index score. Just a few such mega-papers in a single year could lower the country’s contribution to high-quality research, masking the contribution of Canadian researchers.

New money is on the way. Justin Trudeau's new Liberal government announced an extra $30 million for NSERC in this year's federal budget, which Burford hopes will be directed to basic research. “We've seen a more open acknowledgment of the value of fundamental research from Trudeau,” he says.