An open society makes Canada an attractive destination for students and scientists, but only as long as government promises for increased funding are met. 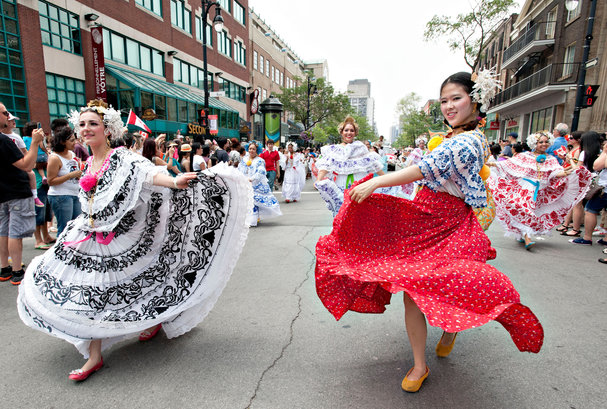 Universities across Canada are reporting a deluge of applications as students and researchers seek respite from the anti-science stance of the Trump administration in the US and from the disruption of Brexit in Europe.

The University of Toronto, for example, saw an 81% increase in acceptance numbers from American students this year compared to last year. Overall, international applications increased from 19,616 in 2016 to 23,769 in 2017 — a growth of 21%. Cape Breton University, a small institution on the country’s east coast, now has around 200 students from India compared to around 40 last year. And international graduate student applications rose 80% compared to last year at the larger public research institute, University of Alberta.

Universities in Canada have also seen a recent spike in inquiries from “senior, high-calibre researchers around the world,” says Paul Davidson, president of the advocacy group Universities Canada. “The phones really did start ringing in late November and in the New Year,” following the US election.

When economist Christopher Rauh encountered a Canada Day parade days after moving to Montreal in June 2017, he was surprised to see one ethnic group after another — Chinese, Indians, Bolivians — marching by in traditional dress.

For him, it was a sign of the value Canadian society places on cultural diversity, which is one of the reasons he now calls the country home.

“Canada is one of the most sane and safe places in the world right now,” he says. “People seem to value diversity — something that is not necessarily the case everywhere else.”

Many of Rauh’s colleagues abroad are also eyeing opportunities in the country. He says they are concerned about an uncertain funding situation in the United Kingdom as it prepares its exit from the European Union, and the “increasing popularity of xenophobic parties” across Europe and the United States. Policymakers in Ottawa have been introducing changes aimed at drawing in more foreign talent. This year the federal government launched a CAD$117 million programme, tied to Canada’s 150th anniversary, to attract between 15 and 35 “top-tier internationally based scholars and researchers.”

More international students had already been choosing to study in Canada at the undergraduate and graduate levels, thanks in part to greater recruiting efforts. Their ranks swelled from 155,000 in 2010 to 214,000 in 2014, according to the latest figures from the national agency, Statistics Canada.

Universities have come to see the recruitment of foreign students as a way to generate revenue and shore up enrolment numbers that in some cases would otherwise be flat or declining, says Michael McDonald, executive director of the Canadian Alliance of Student Associations.

But Canada’s attraction could be short-lived. A government-commissioned review of the federal apparatus for public research funding was completed in April 2017, led by David Naylor, a medical researcher and former president of the University of Toronto. Its recommendations, contained in a document known as the Naylor report, include boosting the amount of money in the system from CAD$3.5 billion to CAD$4.8 billion.

The report notes that funding per researcher from the three main national grant councils has been falling since 2008, and that Canada has dropped out of the top 30 countries in terms of money spent on R&D as a percentage of gross domestic product. This could explain why Canada’s contribution to the share of authorship in the Nature Index has also been falling over the past five years, from a weighted fractional count of 1,518 in 2012 to 1,296 in 2016.

Minister of Science, Kirsty Duncan, says she agrees with most of the Naylor report’s recommendations. In September, the federal government appointed a chief science advisor, whose duties include proposing how to better support scientific research. With that position filled, Duncan says, reforms related to the research-funding review will proceed.

“Our government was elected to restore science to its rightful place,” she says. “This is after a decade of neglect.” The federal budget, which will stipulate how much funding goes to research, is due in early 2018.

Budgetary decisions will likely help determine whether Canadian universities retain their international researchers. A case in point is Soren Rysgaard, the Canada Excellence Research Chair in Arctic Geomicrobiology and Climate Change at the University of Manitoba. Rysgaard’s funding will end in 2018 and he’s currently looking at where to continue his research into the effects of melting sea ice on the oceans.

“It depends on where we get the money, where I’ll go,” says Rysgaard, who is originally from Denmark. “We’ve moved our beds a lot around the world.”