The University of Queensland (UQ) Australia

For more than a century, The University of Queensland (UQ)’s exceptional study experiences, research excellence and collaborative partnerships have delivered knowledge leadership for a better world.

Across UQ’s three campuses, our 7,200 staff and 54,925 students – including almost 20,000 postgraduates and approximately 20,000 international students from 142 countries – teach, research and study.

With a strong focus on teaching excellence, UQ is Australia’s most awarded university for teaching* and attracts the majority of Queensland’s high achievers, as well as top interstate and overseas students.

UQ’s 280,000 graduates are an engaged network of global alumni who span more than 170 countries and include more than 15,400 PhDs.

With a 2019 operating revenue of AU$2.19 billion, including more than $452 million in research investment, UQ’s six faculties and eight globally recognised research institutes cover a remarkable breadth of teaching and research.

In recognition of our research quality, UQ was acknowledged in the 2018 Excellence in Research for Australia initiative for above-world-standard research in 93 specialised fields – more than any other Australian university.

The table to the right includes counts of all research outputs for The University of Queensland (UQ) published between 1 July 2021 - 30 June 2022 which are tracked by the Nature Index.

Hover over the donut graph to view the Share for each subject. Below, the same research outputs are grouped by subject. Click on the subject to drill-down into a list of articles organized by journal, and then by title.

Note: Articles may be assigned to more than one subject area.

Compare The University of Queensland (UQ) with other institutions

Highlight of the month 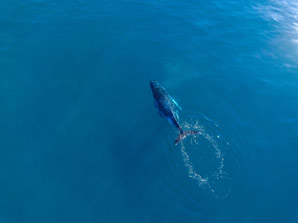 A new approach to protecting biodiversity in the oceans that accounts for how they vary with depth can help to identify the most strategic areas to protect.

To protect marine life from climate change and other threats, protected zones of seas, oceans and estuaries have been established in which human activities such as fishing are restricted. Most of these areas are relatively shallow, coastal waters. But it is also vital to safeguard the high seas that are several kilometres deep.

Now, a team led by researchers from the University of Queensland in Australia has used 3D models to identify areas of the high seas that are resilient to climate change at all depths.

They achieved this be using considering data at four depth ranges for nearly 13,000 marine species. The resulting ‘climate-smart’ conservation areas represent 6% of the world’s high seas.

View the article on the Nature Index

See more research highlights from The University of Queensland (UQ)

More research highlights from The University of Queensland (UQ)

Hover over the graph to view the percentage of collaboration.

The University of Queensland (UQ) 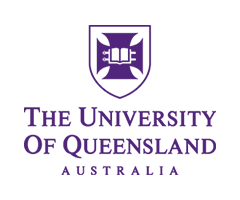