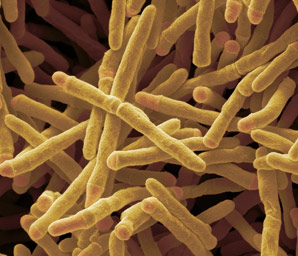 The identification of essential genes in a tuberculosis-like bacterium could speed the development of new drugs for the deadly infectious disease.

Five researchers, all at the University of Cape Town, used microscopic imaging in combination with a CRISPR-based gene-perturbation technique to analyse several hundred genes of unknown function in a close relative of the bacterium that causes tuberculosis

The scientists found that many of these genes, when mutated, alter the shape and form of the bacteria in ways that cripple its growth. Computational methods allowed them to infer likely roles for the genes, any number of which could be targeted therapeutically.

Many of the same morphological defects observed in bacteria with perturbed genes were also seen in microbes exposed to pharmaceutical agents. The same approach now provides a comparative platform for exploring the mode of action of experimental tuberculosis treatments.