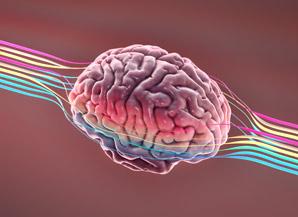 That’s according to a study by researchers in Spain, who scanned the brains of mice that had been genetically engineered to develop a Huntington’s-like condition. The team, which included scientists from the Spanish National Research Council, mapped the brain circuitry of the mice and discovered deficits in connectivity between the motor cortex, which controls movement, and the dorsolateral striatum, which affects habitual behaviours.

When the researchers selectively stimulated the pathway connecting these two brain regions using laser light, the mices’ motor skills and neuronal architectures of their brains both improved.

Drugs that have similar effects in the human brain could help ameliorate symptoms of Huntington’s in patients.