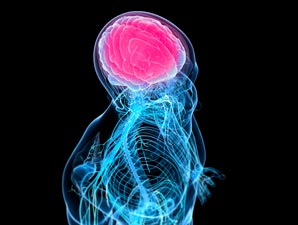 The link between memory problems and high blood concentration of uric acid has been explained by a study led by researchers at Sichuan University.

Uric acid is a waste product created during the breakdown of many foods. The brains of rats fed a diet rich in uric acid became inflamed around the hippocampus, causing learning difficulties and poor performance in memory tests.

Brain scans from people with dangerously high levels of uric acid in the blood showed signs of neural damage consistent with the rodent experiments.

The researchers identified the signalling pathway activated by the uric acid in the hippocampal cells, and injected a drug into the mice that blocks this pathway. The drug markedly reduced neuroinflammation and improved cognition. A similar drug treatment strategy might help people with excess uric acid who are suffering cognitive problems.