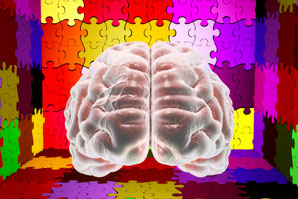 A more objective way to diagnose autism spectrum disorder in children could be realized by measuring brainwave activity.

Autism spectrum disorder affects the development of a child’s brain and can impair their verbal and motor skills and well as their ability to communicate and socialize. Clinicians strongly desire objective ways to diagnose it early in life.

Researchers from Kanazawa University recorded the magnetic fields produced by the brain’s electrical currents while 14 children with autism and 15 typically developing controls played a simple video game with their fingers.

The youngsters with autism performed worse on the motor task. In addition, the region of their brains involved with muscle control showed a distinct pattern — indicative of an imbalance in excitatory and inhibitory signals between neurons.

Combining the button response time and brainwave patterns allowed the researchers to detect autism with 86% accuracy, highlighting the possibility of using the neuroimaging technique as a diagnostic alternative to behavioural observations.