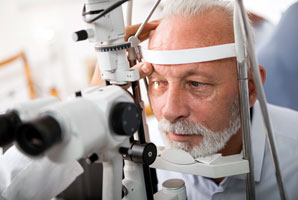 A genetic mutation that can cause glaucoma, a debilitating eye disease, has been identified.

Glaucoma is a potentially blinding disease affecting more than 60 million people worldwide. The main cause is high fluid pressure inside the eye resulting from defects in its drainage system, which can develop before birth.

A team including researchers from Flinders University bred mice without one or both of the genes Angpt1 and Angpt2. Previous research suggests these genes, usually responsible for growing new blood vessels, are involved in the development of the Schlemm’s canal — one of the eye’s main drainage routes. The team found that mice lacking both Angpt1 and Angpt2 did not develop a Schlemm’s canal at all, resulting in severe glaucoma, whereas mice lacking just Angpt1 developed an incomplete canal, resulting in raised fluid pressure in the eye, which could lead to glaucoma.

These findings reveal a potential target for gene therapy to prevent or treat the condition.