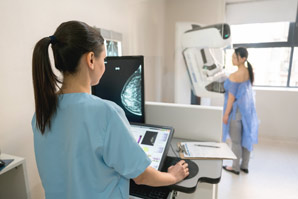 The dreaded triple-negative breast cancer could be reprogrammed into a more treatable form of the disease.

Breast cancer is the second leading cause of cancer death among women. Its most aggressive form is basal-like — or triple-negative — breast cancer, for which chemotherapy is the only treatment. In contrast, another form of breast cancer, known as luminal A, is much less aggressive and is treatable with hormone therapy, which is far gentler.

Now, a team led by researchers from the Korea Advanced Institute of Science and Technology (KAIST) has proposed a way to reprogram basal-like breast cancer cells to become luminal-A cancer cells, thereby making them susceptible to hormone treatment.

The team conducted a mathematical analysis of the genes, proteins and small molecules involved in the two types of breast cancers. They then showed that turning off two key gene regulators in human breast cancer cells caused them to switch signalling pathways between the two forms.