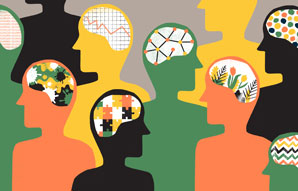 A drug that blocks a hormone receptor in the brain seems to improve social communication in people with autism.

Roche scientists evaluated the safety and efficacy of balovaptan, a small molecule inhibitor of the vasopressin V1A receptor, which is implicated in mediating the brain’s ability to manage social behaviour.

The researchers administered daily doses of a placebo pill or balovaptan to 223 men with autism spectrum disorder (ASD) for 12 weeks.

The drug proved safe, with no major toxicity concerns. Plus, men who received higher doses of balovaptan in the phase II clinical trial showed clinically meaningful improvements on one measure of personal and social skills — although not on another questionnaire that similarly gauges behavioural function.

The study results prompted federal regulators in the United States to grant ‘breakthrough’ status to balovaptan. Roche scientists continue to study the drug in autistic children and in a larger, phase III trial of adults with ASD.