Genetics of schizophrenia in the South African Xhosa 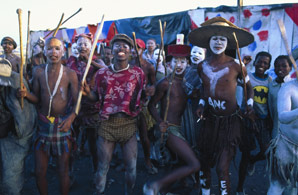 The first genomic analysis of schizophrenia in an African population has revealed many rare damaging genetic mutations, particularly in genes involved in synaptic function in the brain.

Most studies into schizophrenia, which involves extremely rare mutations in genes critical to synaptic plasticity, have been on people of European descent. There is thus a dearth of knowledge about the genetics of the disorder in Africa.

A team that included scientists from the University of Cape Town recruited more than 900 people with schizophrenia and a similar number of controls who didn’t have the disorder. All participants self-identified as Xhosa, a major ethnic group in southern Africa.

The researchers sequenced the protein-coding portion of the genome and, thanks to the large genetic diversity of the Xhosa people, identified several extremely rare variants linked to the disease.

Overall, however, the genetic architecture of schizophrenia reflected that observed previously in cohorts from Europe — thus validating scientists’ understanding of the disease in populations the world over.