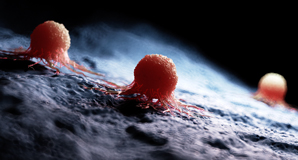 Scientists have discovered how cancer cells in mice modify their metabolism so that they can grow in lymph nodes before spreading to other organs.

Now, a mouse study led by researchers at the Korea Advanced Institute of Science and Technology (KAIST) has shown that tumour cells can survive in lymph nodes by switching their metabolism so that they use fatty acids as an energy source instead of glucose.

They confirmed this by showing that the spread of cancer cells to lymph nodes decreased when the oxidation of fatty acids was suppressed.

These results suggest that inhibiting fatty acid oxidation pathways is a promising avenue for suppressing the spread of cancer via the lymph nodes.