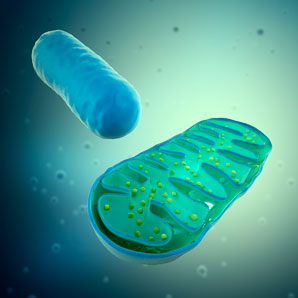 The mechanism by which mitochondrial DNA moves into the cell cytoplasm during the process of cell death has been revealed by an international research team.

Using an array of live-cell imaging techniques, the team, which included researchers from the University of Melbourne, found that upon activation by factors that promote cell death, mitochondrial proteins BAX and BAK localize to the outer mitochondrial membrane, forming a pore through which the inner membrane of the mitochondria herniates — taking its genetic material with it. When these protrusions break down, mitochondrial DNA is released into the cytoplasm.

Publishing their discovery in the journal Science, the researchers note that, in healthy cells, enzymes quickly dismantle the dying cell to prevent the immune system from misconstruing cytoplasmic mitochondrial DNA as a hallmark of viral infection and mounting an inflammatory defence.