Encoding of vinylidene isomerization in its anion photoelectron spectrum 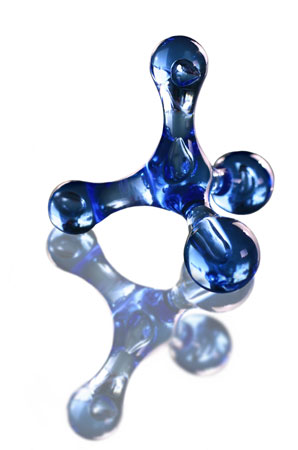 Researchers have discovered the mechanism behind a common isomerization reaction, solving a long-standing puzzle in organic chemistry.

An international collaboration including scientists at China’s Sichuan University used spectroscopy experiments and quantum dynamics simulations to understand how the atoms in a vinylidene molecule are rearranged to transform it into its isomer, acetylene. The transformation is a prototypical example of a reaction known as the 1,2-hydrogen shift, in which a hydrogen atom migrates between two adjacent carbon atoms, a process that has remained poorly understood.

The researchers probed the reaction using photodetachment, in which a laser stripped electrons from the negatively charged vinylidene, followed by spectroscopic measurements as the molecule resettled as vinylidene or acetylene. With the aid of quantum dynamics calculations, they discovered that the transformation is facilitated by a specific vibrational rocking mode of the molecule, together with quantum tunnelling. This analysis provides a quantum mechanical understanding of the 1,2-hydrogen shift.