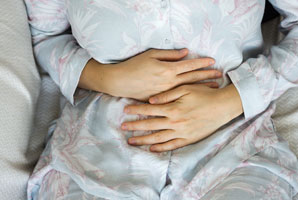 Bacteria that live in your mouth could end up in the gut and trigger inflammatory bowel disease.

The average person swallows around 1.5 litres of saliva every day, sending a multitude of microbes through the body. Disturbances in gut flora, the gut’s microbial community, are thought to cause conditions such as inflammatory bowel disease (IBD), but tracing the source of inflammation has been difficult.

A team led by researchers from Keio University fed saliva from humans with IBD to healthy mice. After six weeks, they analysed the mice’s faeces and identified the presence of around 20 different human oral bacteria. There was a particular abundance of the Klebsiella — a harmless oral inhabitant when present in healthy humans. The team injected Klebsiella into a new batch of mice and found that it activated immune cells and triggered inflammation in the guts.