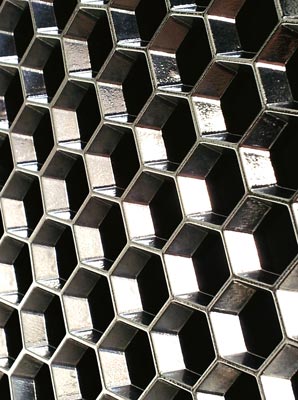 By imitating the lattice-like structure of bones, an international team of scientists have developed steel that is more resistant to fatigue and less prone to cracking than normal steel, according to a study published in Science.

Researchers from Kyushu University in Japan, along with scientists from the United States and Germany, have made steel with thin, alternating nanoscale layers with different crystal structures that mimic the tiny, vertical fibre cylinders found in bone, greatly reducing the effects of stress from repeated loading and minimizing the spread of cracks.

The steel also contains microstructures of varying hardnesses, making it difficult for the cracks to form and propagate, as well as featuring areas that are more flexible than others, which absorb the energy of spreading cracks and could even reseal them.

The steel has the potential to make structures such as aircraft, bridges and even power plants safer and cheaper to produce.