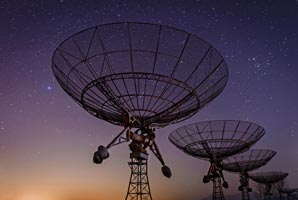 An international team of scientists has detected powerful bursts of radio waves from outside our Galaxy that could revolutionize astrophysics and cosmology, according to a study published in Science.

The bursts are extremely intense, releasing huge amounts of energy in fractions of a second, and are imprinted with a record of the matter they encountered on their long journey across the Universe, making them one of the most mysterious and interesting signals detected in space.

The signals could help astronomers determine the density of the materials and strength of the magnetic fields they have passed through, providing deeper insights into the structure and mass of the Universe.