Neurotoxic peptides from the venom of the giant Australian stinging tree 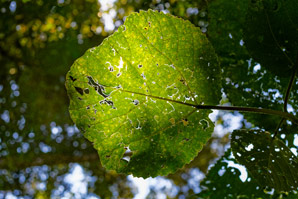 The venom of the giant Australian stinging tree carries neurotoxins resembling those produced by cone snails.

Found in Australia’s eastern rainforests, the giant Australian stinging tree is notorious for the intense and often long-lasting pain that results when an individual brushes against the needle-like hairs on the leaves’ surface and is injected with venom.

A team led by scientists from the University of Queensland has identified a new family of proteins in the venom, with a structure similar to neurotoxic proteins found in the venom of cone snails.

The proteins (which the researchers named gympietides after the traditional Indigenous name for the tree) were concentrated mainly in the stinging hairs and the cells around them. When the peptides were injected in low doses into mice, the animals showed classic pain response behaviours, and researchers found that the proteins interacted with all sizes of nerve cells.