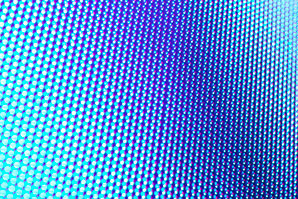 Components made from films of metal nanoparticles surrounded by organic material could lead to flexible electronics that are greener to manufacture than silicon-based devices.

Modern electronic circuits predominantly use components made from silicon-based semiconducting materials. However, devices made from metallic nanoparticles combined with charged organic materials could provide a greener alternative. But such devices have proved challenging to fabricate.

Now, an international team of scientists, including researchers from Northwestern Polytechnical University in China, has made a diode by sandwiching ultrathin layers of gold nanoparticles covered by a shell of positively charged trimethylamine ions between a gold electrode and a porous carbon nanotube–graphene electrode.

The team used the diode in a circuit to convert radio signals into sound waves and demonstrated that a porous electrode gave a ten-fold increase in rectification efficiency — the ability to convert an alternating current into a direct current.