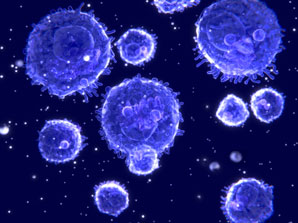 Targeting only the B-cells in the immune system that contribute to scleroderma, and not those B-cells that serve a protective function, could help people with this rare connective tissue disorder, for which there isn’t an approved therapy.

Using a mouse model of scleroderma, a team led by scientists at Kanazawa University found that disease effects such as skin hardening and lung scarring were less prominent among animals lacking the ‘effector’ B-cells needed to produce immune-stimulating molecules. In contrast, these symptoms were exacerbated in mice without ‘regulatory’ B-cells, which quash immune responses.

The researchers found that a protein called BAFF normally drives the disease by activating effector B-cells and suppressing regulatory B-cells. A BAFF-inhibiting drug had the opposite effect in the mice: it restored a healthy B-cell balance and mitigated symptoms.

These findings suggest that a BAFF-targeted antibody therapy that is already approved for treating lupus should be studied for the treatment of scleroderma patients.