Remnants of Eoarchean continental crust derived from a subducted proto-arc 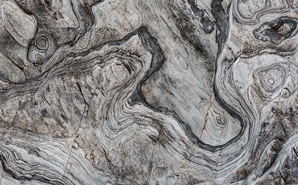 By studying four-billion-year-old rocks, geologists gain a better understanding of the mechanisms responsible for the formation of the Earth’s continental crust.

The Eoarchean, dating from 4–3.6 billion years ago, is the first geological era for which the Earth had a solid crust. A major component of this crust is a series of igneous rocks, known as tonalite-trondhjemite-granodiorite (TTG), and which hold the key to its origins. However, there is debate over how they formed.

Now, an international team of scientists, including researchers from Curtin University in Australia, have analysed probably the oldest high-pressure TTGs yet discovered, and believe they were generated by the partial melting of hydrated Mafic rocks as one tectonic plate moved under another, forming ‘proto-arcs,’ a process known as subduction.

The work suggests that the action of modern-style plate tectonics was responsible for the origins and formation of the Earth’s continental crust.