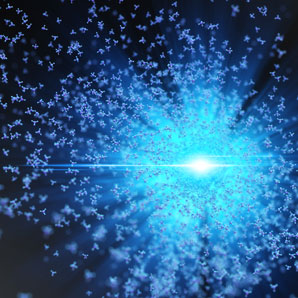 Collisions between heavy, charged particles reproduce the hot and dense state of matter that existed at the beginning of our Universe, and could provide deeper insights into the nature of matter, according to a study published in Physical Review Letters.

Experiments have suggested that quarks and gluons, the fundamental building blocks of matter, existed as a superhot quark-gluon plasma at the beginning of our Universe. Varying the collision geometries between heavy ions allows scientists to explore the properties of this plasma.

By colliding gold and copper ions in the STAR detector at the Relativistic Heavy Ion Collider, an international team of physicists, including researchers from the Moscow Engineering Physics Institute, found that the direction and properties of particles formed in the collisions were consistent with the formation of a quark-gluon plasma, providing new insights into the evolution and properties of matter.