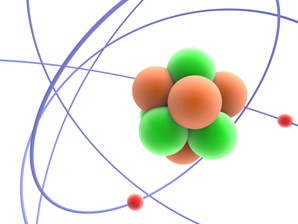 Calculations of the shifts in atomic spectra indicate an accessible way to search for new physics.

When considering the search for new physics that lies beyond the standard model of particle physics, it is natural to consider massive particle colliders that smash particles together and analyse the resulting debris.

But a team that included a researcher from Peter the Great St. Petersburg Polytechnic University has suggested a much smaller scale and accessible approach — performing highly precise atomic spectroscopy measurements of isotopes, atoms of the same element with different numbers of neutrons.

The team performed calculations for different isotopes of the element argon having four, five, and six electrons and found that deviations from the linear plot predicted by the standard model could be detectable using current equipment.

There are plans to conduct such experiments in the near future.