Spatially resolved evidence of the impact of quasar-driven outflows on recent star formation: the case of Mrk 34 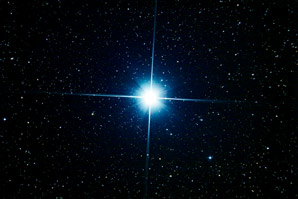 The relationship between the active centres of galaxies and star formation is more complex than previously envisioned.

Active galactic nuclei (AGN) occur when gas falls into supermassive black holes at the hearts of galaxies. The outflow from AGN is thought to quench the formation of stars, but there has been speculation that the wind could also enhance star formation by compressing gas in certain regions.

Now, two researchers, one of whom is from the University of La Laguna, have found evidence for both mechanisms operating in the same AGN.

The pair observed a nearby AGN and found that new stars were forming on one side of the galaxy, but not on the other side. They conjecture that the wind is faster and more turbulent in this latter region and this prevents stars from forming.