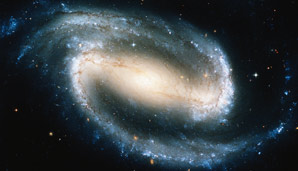 Massive galaxies with active nuclei are not merely a stage between youthful galaxies that are birthing stars and dying galaxies, but rather they can exhibit periods of profuse star birth.

The mechanisms of how galaxies grow and age are not well understood. Massive galaxies with active galactic nuclei (AGN), which are thought to be driven by supermassive black holes are their centres, have generally been thought to decline with time because winds generated by AGN expel the material needed to make new stars.

Now, three researchers, including one from University of La Laguna in Spain have conducted a survey of more than 3,000 nearby galaxies with active galactic nuclei, and they have found that many such galaxies have bursts when they birth new stars.

This finding will necessitate revisiting the theory behind galaxy evolution, the researchers say.