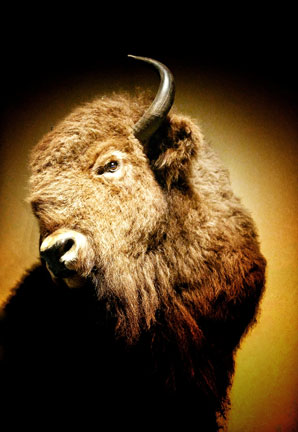 Males outnumber females in both fossil collections and the animal archives of museums.

Mammals reproduce females and males in equal numbers, but a recent genetic study of mammoth fossils has revealed a strong male bias.

A team that included researchers from the University of Adelaide analysed ancient DNA from 186 bison and 91 brown bear fossils to determine their sex, and found that nearly 75% were male. One possible cause is the wide roaming range and risky behaviour among lone males, who could meet a sticky end in bogs and tar pits where their skeletons remain well preserved.

The team found the same trend in the animal archives of four natural history museums. These collections could be skewed by donations from hunters who targeted the bigger, more impressive males.

Gender bias should be noted when using fossils and museum collections to study ancient animal populations and the environments they inhabited.