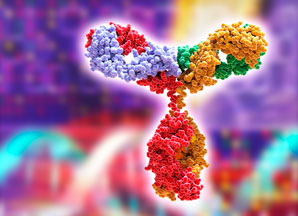 Researchers involved in drug discovery efforts generally have to first test whether phage-tethered antibodies bind their intended target before they can gauge whether that binding impacts the biology of the targeted cell.

Now, a team that included scientists from ShanghaiTech University has developed a powerful tool for antibody selection that bypasses the first step.

They grew mammalian cells that express a fluorescent signal when properly targeted by an antibody together with bacterial cells that produce viruses with antibodies on their surfaces. To demonstrate the potential of their technique, the researchers used these tiny ‘mini-ecosystems’ to identify potent antibodies against a cellular receptor implicated in the development of some cancers.