Early human symbolic behavior in the Late Pleistocene of Wallacea 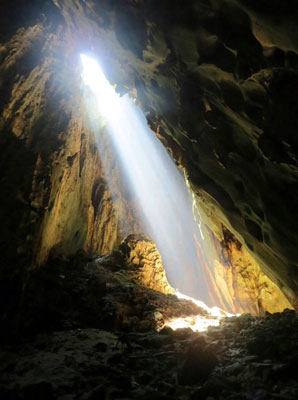 Cave excavations suggest that Stone Age humans who ventured into a group of islands separating continental South Asia from Australia developed forms of creative expression as diverse and unique as the region’s fauna and flora.

An international team, including researchers from Australia’s University of Wollongong, found evidence of artwork in a cave on the Indonesian island of Sulawesi. The artefacts were found in a layer of soil 22,000 to 30,000 years old.

The team found ornamental beads made from Babirusa teeth, a pendant made of bear bone, stone artefacts with pigmented abstract lines, and extensive amounts of pigmented clay, along with evidence of its use as paint.

Some scholars have argued that the scarcity of these types of finds indicate that the Stone Age inhabitants of the islands were not as sophisticated as those living elsewhere. However, the team behind the find claim that a lack of intensive research in the region is the reason that not as much has been unearthed, and that these artefacts are proof that these islanders had as strong a culture as those living elsewhere.