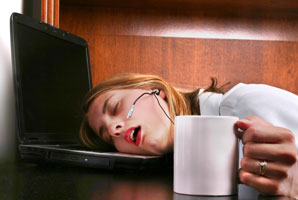 Spontaneous collapsing by narcolepsy patients could be prevented by reducing activity in their amygdala, one of the brain’s emotion processing hubs.

Narcolepsy is a sleep disorder that can cause sudden episodes of muscle weakness, or cataplexy, often triggered by strong emotions. While narcolepsy is caused by the loss of nerve cells that produce orexin, a molecule that controls wakefulness, its connection to cataplexy was unclear.

A team led by researchers from Kanazawa University stimulated the ends of serotonin neurons from the dorsal raphe nucleus, the brain’s largest serotonin producer, in the amygdala of narcoleptic mice. This increased serotonin release in the amygdala, which reduced its emotion processing activities, and the mice had fewer collapses. Stimulating the same neurons in sleep-regulating brain regions had no effect on cataplexy rates.

The team previously showed that orexin nerve cells prevent cataplexy via dorsal raphe serotonin neurons and they now suggest that the amygdala is the final stage on this pathway.