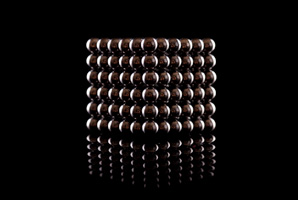 Scientists have developed an innovative technique that could lead to faster, more energy efficient memory devices with greater storage capacity.

Spintronic memory technologies based on the magnetic properties of spinning electrons are attracting attention for their superior data transfer and storage capacities compared with traditional electronic devices like hard disk drives.

However, the technology is expensive and current data storage capacities are limited.

Now, Japanese scientists, including researchers from the WPI Advanced Institute for Materials Research, have developed a technique for improving the performance of magnetic random access memory (MRAM), spintronic devices constructed from two ferromagnetic plates separated by an insulating layer.

By inserting an ultrathin manganese film between the plates, the researchers enhanced the rate of electrons that tunnel through the insulating material from one plate to the other, as well as the alignment of their magnetic moments, leading to faster MRAM devices with increased storage capacity.