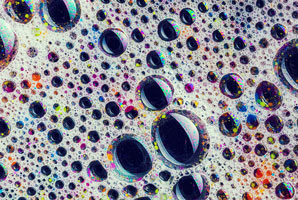 Chinese scientists have provided a better understanding of what controls the formation of soap bubbles, according to a study published in the journal Applied Physical Letters.

Widely used in entertainment and art, soap bubbles are thin films of soapy water that enclose a sphere of air. They have minimal surface areas for the volumes they enclose, which makes them relevant for solving complex mathematical problems of space.

By varying the velocity of a nitrogen gas jet, the thickness of the soap film, and the distance between the nozzle and the film, a team of scientists from Sichuan University in China found that bubble formation is most greatly influenced by the aerodynamics of the gas jet. Bubbles could be generated in two velocity ranges of either laminar or turbulent streams of air.