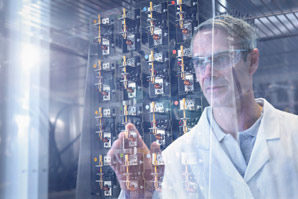 A study that tests some of the assumptions made about an additive used in experimental next-generation batteries could be a step towards commercializing the rechargeable technology.

Researchers from Vidyasirimedhi Institute of Science and Technology have used theoretical reactive molecular dynamics simulations to study the interactions between lithium nitrate and the battery’s lithium anode. They found that additive forms a smooth, dense, protective film over the anode. The film contains LixNOy clusters, which capture the damaging lithium polysulfide compounds that form in the battery and attack the anode and cathode if left unchecked.

This finding could pave the way to improve lithium–sulfur battery lifetime.