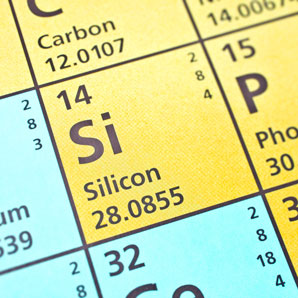 An iridium catalyst that selectively attaches silicon atoms to organic molecules could allow for the discovery of novel therapeutic drugs.

Silicon and carbon are chemical siblings. Found in the same family on the periodic table, the two are chemically and physically similar, but not identical. Adding silicon to a carbon-based drug molecule can fine-tune the molecule’s behaviour in the body and potentially improve its therapeutic effect.

Masahito Murai, Kazuhiko Takai and their colleagues at Okayama University have now discovered a versatile way to attach triethylsilane, a silicon-containing compound, to carbon-based organic molecules. Using an iridium complex as a catalyst, the team was able to use triethylsilane to spring open a three-carbon ring called a cyclopropane. The silicon group becomes attached to the ring-opened molecule as part of the reaction.

The diversity of cyclopropane-containing molecules the reaction worked with suggests it could be a versatile way to incorporate silicon into molecules with useful medicinal properties.