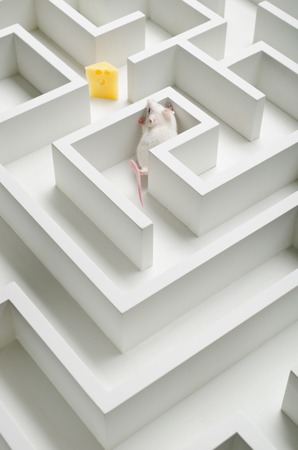 Remote-controlled cyborg mice developed by a team at KAIST could shed light on hoarding disorders and shopping addictions.

The team pinpointed a set of neurons in part of the brain’s hypothalamus that sends projections to a site in the midbrain. Activation of this circuit prompts mice to track down desired toys and to hunt prey.

By outfitting mice with headgear that can stimulate this region of the brain with light — via a technique called optogenetics — the researchers created cyborg mice that obeyed navigational commands while ignoring enticing distractions such as potential mates or plates of food.